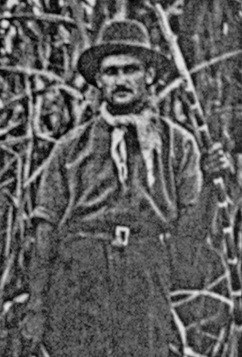 Sydney James Robley was the sixth child of Joseph William Robley and his wife, Sarah Hayes York. Sydney was born 5th October 1885 and raised in Rydal, NSW. He married Emily Grace Searle on 15 June 1909 and they had two sons together, Sydney Searle born 1910 and Darcy Richard Ayres born 1915.

They made their home in Newtown NSW. Between 1912 and 1915 , with his brother, Percy Charles, Sydney James worked as a cane cutter in Queensland.

The new northern colony had grown accustomed to using a cheap and compliant workforce, in the form of convicts, ticket-of-leave holders, emancipists and indentured servants but, when convict transportation was stopped the problem arose – Who was to take on the back-breaking work needed to develop tropical Queensland? A common view was that white men didn’t have the physical stamina to cope with the work in the ferocious tropical climate but it may have been more truthful to say that many white Europeans felt that field labour was socially beneath them.

A source for that labour was found close by, on the islands of the South Pacific Ocean and an estimated 62,500 Islanders were brought to Queensland between 1863 and 1904. In 1904 recruiting finally ceased, following Federal Government legislation in 1901. This legislation also ensured that most of the existing Islanders would be deported by 1906.Migrants from Italy and other European countries arrived in Australia after this time, seeking a better life for themselves and their families. They quickly took up the opportunity to gain employment in the Queensland sugar cane fields.

Between 1912 and 1930, at the height of the Depression together with his son, Sydney and his wife's nephew, Max Weston they worked as timber and sleeper cutters around Lithgow. 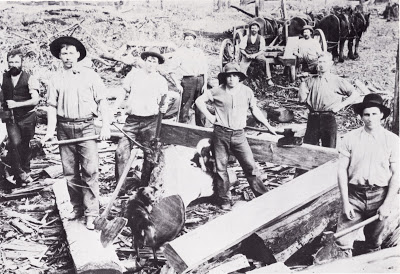 The working day of a sleeper cutter was very hard and long. A large hardwood tree had to be cut down and from this about 30 sleepers would be cut. One man could cut 7 or 8 sleepers in a day using tools such as a cross cut saw, hammer and wedges, broad axe, bar and gauge and a string line. In the early years of sleeper cutting there were no quotas on how many sleepers could be cut so the sleeper cutters were able to make a satisfactory income by working long hours .Not surprisingly, working with such potentially dangerous tools, injury was not an uncommon part of the sleeper cutter’s life.

His son, Darcy, was employed by the New South Wales Department of Railways and at Burwood Station for a number of years. Sydney Searle also had several occupations, but around 1960 became Manager of a Motor Vehicle Spare Parts Firm. 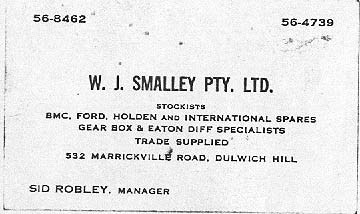 Written by John Robley, from the research of Eileen S. Young